Neuromarketing and the Size Zero model 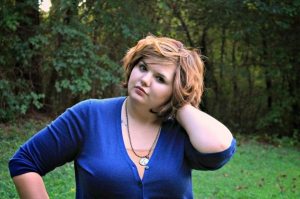 The so-called “size zero” model has been a source of controversy for many years. It is contributing factor in women developing unrealistic body images, often with negative effects on their own psychological well-being.  It is often seen as a largely male construction, a projection of power by a relatively small-but-influential group of designers in their attempts to present their designs in a particular way.  Now, it seems, it may also be bad for business too, according to consumer neuroscientists.

In a very elegant series of experiments by Russell Clayton and his colleagues, female consumers were exposed to advertising images depicting models of varying sizes, with physiological and paper-and-pencil metrics being taken of their cognitive and emotional responses.  The results were interesting on two levels.  Firstly, from the consumer point of view, women viewing models of average size or plus sized showed much healthier self-image scores afterwards, along with corresponding improvements in self-esteem, as well as displaying a more realistic – and positive – perception of their own body size.  From a marketing point of view, however, the more striking finding was the fact that consumers remembered far more about both the model and the ad content than when thinner models were used and, consequently, were also more likely to indicate that they would actually buy the product.  Plus-size models showed a slight advantage generally in increasing the likelihood of a purchase, irrespective of the size of the consumers viewing them.

So, there we go… hopefully another nail in the coffin for the marketing obsession with Size Zero!  It’s not just an unhealthy form of image for women to constantly exposed to, it is counterproductive anyway and is probably losing sales.